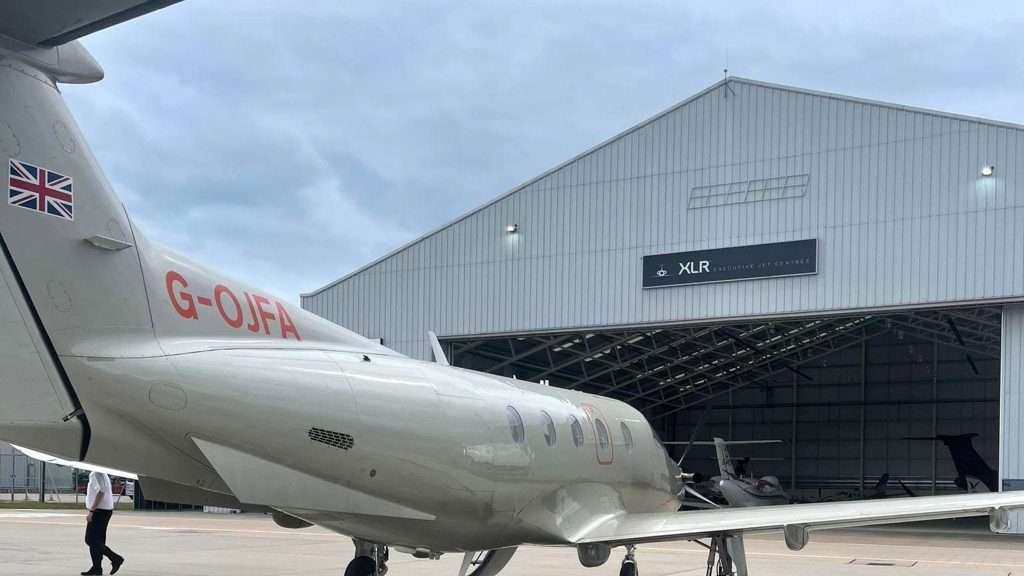 From initial conversations last summer, Liverpool-based Ravenair, an experienced Pilatus PC-12 operator since 2015, oversaw the export of a Jetfly Luxembourg-registered aircraft to the UK.  The airworthiness, registration and AOC formalities included a 300-hour scheduled maintenance check undertaken at Jetfly’s Part 145 maintenance facility at Bournemouth Airport, overseen by Ravenair’s CAMO.  Wayne Barrett, Ravenair Operations Director, extended his thanks to his Operations teams, trainers and examiners for handling the project, which completed at the end of May. Since that time over 30 passenger flights have been flown and Jetfly has signed two new UK-based members who are now enjoying intra UK flights.

“This convenient arrangement with Ravenair provides more flexibility for Jetfly members, who can now fly from the UK to the EU, intra UK and intra EU through the Luxembourg-headquartered Jetfly Group,” said Jonathan Clough. “The UK coming out of the EU and EASA at the beginning of the year presented us with some interesting licensing challenges and restrictions flying UK domestic routes,” he highlighted.

“Joining the British Business and General Aviation Association (BBGA) last summer helped us navigate relations with the UK CAA and we were able to successfully work through the UK AOC process with Ravenair.   It’s important to engage with and be a part of the UK general aviation community,”  he added.

“Interest in the PC-12 from the charter brokers, especially now it is on an AOC, has increased significantly,” added Wayne Barrett.  They like the stylish interiors, the space and the terrific flexibility of airfields that the PC-12 offers.”

The Pilatus PC-12 can access over 3,000 airports and small airfields in Europe, giving passengers a unique level of access for business and leisure trips.  Jetfly members typically use the aircraft for golf, horse racing, yachting, skiing, shooting and classic car sports.

Founded 21 years ago, Jetfly Aviation SA is a leading fractional ownership and aircraft management company focused on Pilatus PC-12 and PC-24 Versatile Jet aircraft. A total of 300 co-owners enjoy access, via shared ownership, to a fleet of 29 aircraft (23 PC-12s and six PC-24s) for which they enjoy guaranteed access to their aircraft anywhere in Europe, at short notice.  Shares are offered in blocks of hours, from 35 hours annually.

The Jetfly Group includes Fly7 and Fly7 Finland (formerly Hendell Aviation).  The latter is the AOC for Fly7 and its aircraft management arm, which bolsters the number of Pilatus aircraft looked after by the Group to 50.  Captain Jet is Jetfly’s charter business. JetFly’s HQ is in Luxembourg, complemented by operations bases in Paris Le Bourget and Geneva.  Its UK home is Denham Aerodrome, near Heathrow. Clients enjoy access to smaller, unlicensed airfields, paved and grass strips – Denham, Goodwood and Fairoaks in the UK; Gstaad-Saanen; Courchevel 1850 high up in the Alps; St Tropez-La Môle and Dornoch in the Scottish Highlands.

Ravenair is a diverse General and Business Aviation group of companies based at Liverpool John Lennon Airport.  It offers offering flight training, AOC, management, hire and leasing, FBO JetCentre, Fuel, Maintenance Part 145 and CAMO. Ravenair became the UK’s first PC-12 AOC operator having gained approval under its AOC from the UK Civil Aviation Authority in July 2021.  It first flew the PC-12 from 2015 on Part NCO basis, supporting owners  and managing hire and leasing operations.   In May 2022  it added a fifth PC-12NG and has a further one on order for December 2022 delivery.  Ravenair also operates a Daher TBM940.